Admittedly as I ran on the treadmill at The Chelsea Sport’s Centre and looked out of the window to see the harsh weather, I struggled to imagine heading down the road for an outdoor party. But I persevered and a couple of hours later, I was inside a toasty pub sipping on Belvedere cocktails and the odd hot toddy. 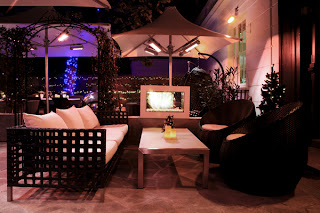 Eventually, it was time to venture outdoors and what a delight it was. The comfy seats, which were reminiscent of an outdoor Sydney lounging vibe, were covered by stylish white canopies. Meanwhile, the outdoor heaters and a couple of burning fires kept everyone warm despite my eco conscience, which did struggle slightly. The first floor Lounge was my other favourite area. With a Christmas tree in the corner and three sofas positioned in front of a roaring fire, this was a gorgeous room to hang out in.

A couple of nights later and with the snow now settled, I visited 102 Sydney Street to discover one of the most exciting events in Chelsea. Neal’s Yard Galleries had turned a disused office block into a three floor art gallery. 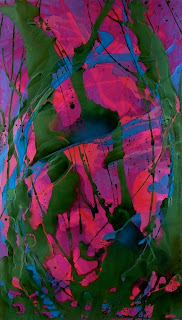 This exhibition contained a huge range of works, which made every floor a genuine surprise. Take India Amos‘ fine art collection: her still life on linen brought texture to the simplicity of her colours and subjects. There was also the suggestive works of George Morgan whose pieces evoked a romantic and sometimes fantasy world. At the opposite end of the spectrum, Rupert Burt’s abstract works were inspired by molecular science.

Given what I have said in the past, it was so exciting to see art bring an industrial space to life in Chelsea; so much so that I might have to pop in again before it all comes down next month.