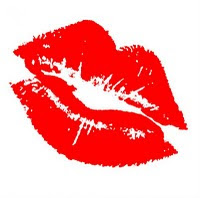 This is my favourite time of the year in Chelsea mainly because of Sloane Square’s Christmas lights. So pretty.
﻿
﻿﻿But these aren’t the only lights on the King’s Road. On Saturday, Duke of York Square had a ceremony for the switching on of their Christmas lights. The children loved it, excited to see Saint Nicholas arrive on a horse drawn carriage. And with a gospel choir, free popcorn and horse chestnuts available as well as mulled wine on sale for a fiver from Manicomio, performers entertained the small crowds.

Still, the atmosphere felt a little forced especially with the MC blaring the shops’ late night opening hours on the mic. It was strange to imagine parents taking their children with popcorn sticky hands for a bit of Christmas shopping after.

I didn’t hang around for too long. Instead I set off down the King’s Road to The Phene for the second time in a week.

A few drinks later, I joined hoards of people from Chelsea heading over Albert Bridge to Battersea Park for the fireworks display.

Arriving at the park’s gates, being stuck in a gridlock for 20 minutes and paying £6 to get in, I started to wonder whether Battersea Park was starting to lose it. After all, I remember the days when Battersea Fireworks was free. But when we made it through the ticket gate and shunned the long food queues, Battersea Park put on its best display ever. Each sequence, carefully orchestrated to music, would have suited a finale perfectly. The entire display was superb.

Afterwards, crowds of couples, families and friends crossed back over the Albert Bridge and King’s Road had a surge of exceptional energy running through it. People were spilling out of the pubs and the restaurants were more crammed than usual. This was where the real Chelsea party was happening. So I say get a proper party started in Sloane Square and the crowds will come and maybe even shop.
﻿
﻿